Beton de la Lomme installed their first Ultrapac II in 1996. Since then it has proven to be the perfect machine for this highly inventive producer. The Ultrapac II’s production versatility, dependability and cycle rate has impressed the Technical Director, Joseph Gillet. He’s thrilled with the plant’s efficiency, the reliability of the Ultrapac II and the growth of their business over the last two decades, especially the Stepoclomme product line. Stepoclomme units have earned significant market share and the production continues at an all-time high level.

Today, change is in the air at Beton de la Lomme as Joseph prepares for his well-deserved retirement. He has groomed Benjamin Harlaux, who, like Joseph, is a mechanical engineer, to take over some of his responsibilities. Joseph is confident that Benjamin possesses the skills and knowledge necessary to resolve the business challenges he’ll encounter.

It’s important to Joseph that he leaves the plant in tip-top shape. Since the Ultrapac II has been continuously operating two shifts per day for nearly 20 years Joseph want to completely refurbish the machine. He enlisted assistance from their trusted, longtime Besser sales representative, Othmar Schmid, to come to the plant and help determine the necessary parts.

After insightful investigation, analysis of the pros and cons, and approval from plant owner Daniel Dubois, they decided that rather than overhauling their existing machine they’d invest in a new Ultrapac II. The deciding factor was minimizing downtime; they wanted to produce as quickly as possible to satisfy their high level of demand. This decision gave the engineers at Beton de la Lomme the opportunity to work with Besser engineers to modify some machine features to improve the production of Stepoclomme.

Stepoclomme is a system of dry-stacking units. The Ultrapac II produces the units upside down on the pallet. Each unit is calibrated/polished in-line before being cubed. Deep grooves in the units’ webs are formed by a core puller. The grooves allow the grout to flow easily from compartment to compartment, surround the webs at the bottom and top, including the reinforcement bars, to create a monolithic concrete wall. Slots in the units ensure a fast insertion and correct positioning of the necessary horizontal and vertical reinforcement inside the wall providing the maximum useful thickness wall and ensuring complete coating of the bars. The interior of the blocks are then filled with rich concrete, vibrated and fluidized.

The staff at Beton discovered, from watching the Ultrapac II produce Stepoclomme for years, that a few changes in its operation would significantly improve the cycle rate and end product quality. Since Stepoclomme requires use of a core puller to make the horizontal voids in the units they knew that by adjusting the timing of the feedbox movement and stripping of the mold their production rate would improve. This modification, along with others initiated by the team at Beton de la Lomme, has increased their productivity by 30%.

Before the machine shipped In April 2015 Joseph and Benjamin, along with Franco Eichenberger, Besser Service Technician, travelled to Alpena to “meet” their new machine, watch it cycle and learn from Besser staff about the modifications in detail. They were extremely impressed and returned home to await its arrival. Once installed it ran flawlessly; as expected, both cycle speed and product quality have improved.

Beton de la Lomme will serve as one of the tour sites for the upcoming National Concrete Masonry Association (NCMA) and Interlocking Concrete Pavement Institute (ICPI) pre-Bauma plant tour. The owners and managers are proud of their success and are excited to share their experiences with the group when they tour the facility in April 2016. 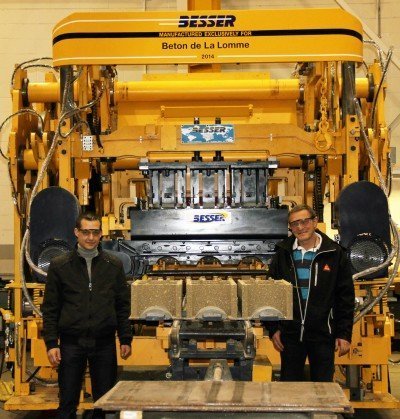 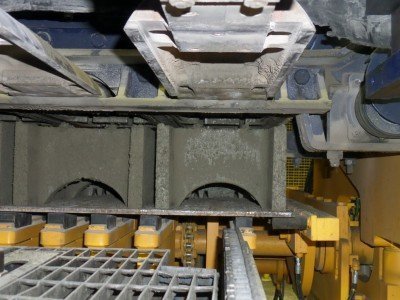 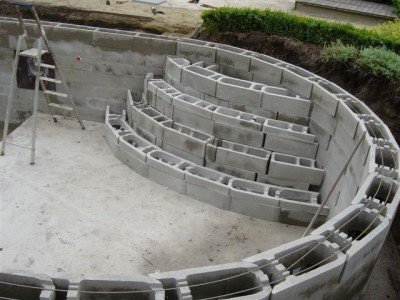 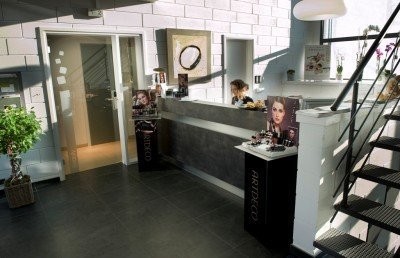